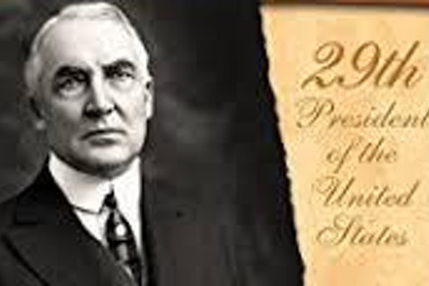 The Presidency of Warren Harding, (1921 to 1923), is often considered unremarkable. Yet during his term Harding worked for equality, freedom, competition, and accountability. He noted “The Constitution contemplates no class and recognizes no group”. Harding freed hundreds of political prisoners, including Eugene Debs, the labor leader imprisoned for speaking out against United States involvement in World War I. Vowing to “get government out of business and business into government” he placed the Federal government on a budget. Harding promoted cooperation among people and competition between businesses. He introduced legislation that provided federal funding for maternity and child care.

In tonight’s seminar Tom Ballou evaluates the presidency of Warren G. Harding and develops a template for grading presidents, past, present, and future.

Maps were disabled by the visitor on this site. Click to open the map in a new window.