John Stuart Mill Showed Democracy as a Way of Life 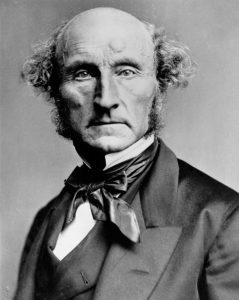 David Brooks is my favorite columnist. His choice of JSM is interesting, given the fact that Brooks is based out of NYC, the so-called “real estate capital of the world,” a topic not mentioned in his opinion piece. JSM and late 19th century American reformer Henry George exchanged letters – both reviled the land speculator and land owners who extract society’s wealth in the unearned increment of land value as cities develop and progress and walk away with it as if they deserve it. Few, I’d say, among land speculators and landowners in Manhattan would have images of JSM or HG on their walls, yet many bow to these unworthies for their business acumen and skill, what Brooks suggests we not do.