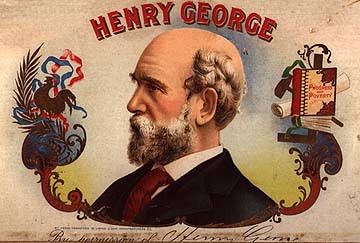 Albert Jay Nock (1870-1945) is today known as one of the founding fathers of libertarianism. His Memoirs of a Superfluous Man, published in 1943, also influenced a generation of conservatives, including William F. Buckley Jr. Yet Nock’s thought was fundamentally radical, rooted in the tradition of Thomas Jefferson and Tom Paine, as well as the historical and economic analysis of Charles Austin Beard and Henry George. Nock first rose to prominence in the 1920s, as co-editor–with fellow Georgist Francis Neilson–of The Freeman, a short-lived periodical that would have a decades-long legacy among libertarians and Georgists alike. After The Freeman shut down in 1924, Nock turned his attention to lecturing, literary writing, and biography. His first biography, published in 1926, was of Thomas Jefferson; his last, in 1939, was titled Henry George: Unorthodox American. Between those volumes–the one still celebrated among Jefferson scholars, the other largely overlooked today–Nock developed a series of observations on the nature of the state that he had previewed in The Freeman and subsequently presented in lectures at Columbia University into a brief 1935 book, Our Enemy the State, which remains a libertarian classic. That work was an inspiration to Frank Chodorov, who in 1936 became the first full-time director of the Henry George School for Social Science.

The life and work of Albert Jay Nock are at the confluence of libertarianism, conservatism, Georgism, and Jeffersonian radicalism, and Nock shows the surprising connections, as well as illuminating contrasts, between these intellectual movements. His life story is also a fascinating account of radical, independent journalism, on both the political left and the right, in the early 20th century.

Daniel McCathy has been editor of The American Conservative since 2010. His work has also appeared in the New York Times Book Review, the Spectator of London, and a wide array of other publications, from the libertarian journal Reason to the environmentalist magazine Orion.