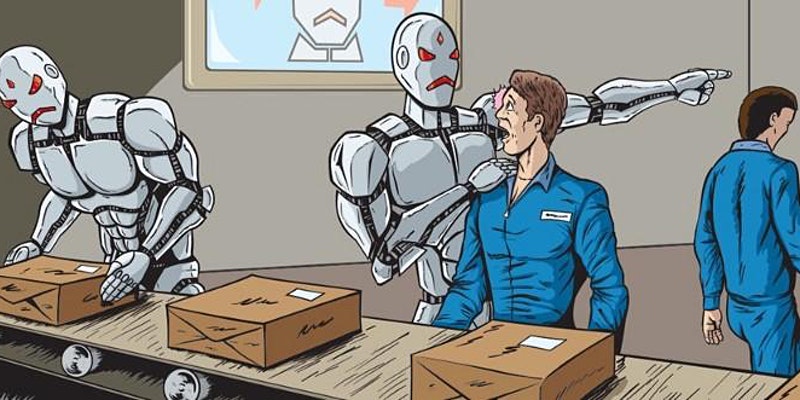 Artificial Intelligence and its Impacts on the Workforce

Join us as we discuss developments in Artificial Intelligence and their potential impacts on the working class.

There is an ongoing debate around the impact of AI (Artificial Intelligence) on future workforce needs both in the US and Globally. Some futurists have stated extremist predictions quoting devastating job losses due to upcoming automation. Many Economists feel that policies need to buffer this (i.e., UBI/Job guarantee to bridge the gap). Others believe market forces will lead individuals to re-skill on their own and move towards new jobs created in a reshaped economy supported by greater levels of automation. The panel will define AI, its current and future technical landscape, explore the transformational processes required within organizations and the economy to move us from where we are into this future, and finally explore the relationship of these new technical environments with the proven views of Economic behaviors as defined by Henry George and other Economists.

Siddhartha (Sid) Dalal is a Professor of Professional Practice at Columbia University. Prior to Columbia he was Chief Data Scientist and Sr. VP at AIG in charge of R&D that included creation and application of AI, Statistics and CS to Computer Vision, Natural Language Processing and Sensors/IOT for managing risks. He came to AIG from RAND Corporation where was the CTO. Sid also was VP of Research at Xerox overseeing their worldwide imaging and software services research, and Bell Labs and Bellcore/SAIC as Chief Scientist and Executive Director. Sid has an MBA and a Ph.D. from the University of Rochester with over 100 peer reviewed publications, patents and monographs covering the areas of risk analysis, medical informatics Bayesian statistics and economics, image processing and sensor networks. At Rand he was responsible for the creation of technology and spinning off of Praedicat, Inc., a casualty insurance analytics company. Sid is a member of US Army Science Board, an advisory board of 20 scientists appointed by Secretary of Defense to advise US Army on technology. He has received several awards including from IEEE, ASA and ASQ.

James Cusick is an IT professional and multidisciplinary applied researcher. He has published over 80 papers and articles and 2 recent books . James began his research in Organizational Psychology but made his career in Computer Science. He has also pursued other topic areas of late including the History of Science and Political Economy. In each area, James has demonstrated a passion for scholarship. His publications have received nearly 300 citations. James continues to explore each of these subject areas in parallel as time and interest allows. James is also a trustee at the Henry George School of Social Science. He recently developed a Land Value Calculator to help researchers and policy makers estimate land values in the United States.

Register
Code of Conduct
Back to Seminars Page