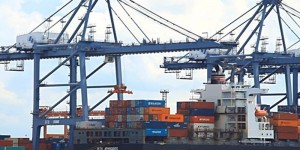 Protection or Free Trade was Henry George’s second-best-known book, with two million copies in distribution following its publication seven years after Progress and Poverty.  The later work focuses primarily on whether tariffs on imported goods can raise wages or otherwise benefit workers — a question of particular interest today, given the role of multilateral trade agreements such as the TPP in the recent Presidential election.

Protection or Free Trade is an invaluable expansion of the insights at the heart of Progress and Poverty.  It gives us George’s compelling thoughts not only on the fundamental defects of protectionism, but on the conditions which (even today) give rise to its perennial popularity.  Moreover, George shows us why free trade, as commonly enacted, is defective, and must be connected to the larger social issue of private property in land.

In this talk, Steve Sklar covers these points, describes and improves upon George’s thoughts on immigration, and reflects on how George’s observations on trade policy from the perspective of the helpless laborer might account for the otherwise mystifying election of a powerful landlord.  He concludes by considering how George’s ideas may provide personal inspiration rather than intellectual isolation or cynical despair.

Register
Back to seminars page
Maps were disabled by the visitor on this site. Click to open the map in a new window.