What’s next for America: Trump, the economy and you 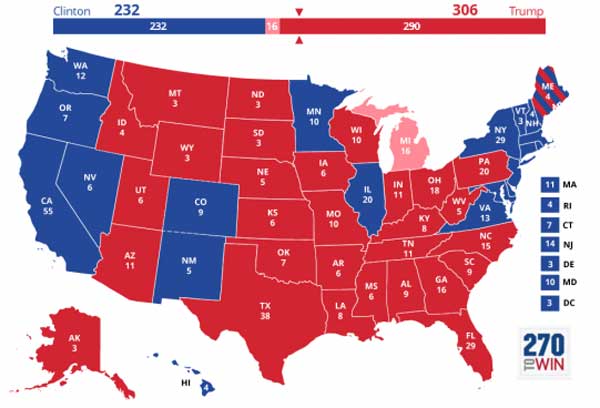 America has elected New York’s billionaire and real estate mogul Donald Trumpto the highest office of the nation. A strongly contested presidential election has given us a result, but it hasn’t answered all the questions still being asked by America’s voters. Trump did not have the government experience that his rival had. His media strategy was unconventional, to say the least, in a campaign plagued by gaffes. The lack of a so-called “ground game” organization to turn out the votes was compounded by his difficult relationship with the party elites. All this reinforced the view that he was not just another politician — yet none of it changed the outcome. Why?
In this seminar, Andrew Mazzone of the Henry George School of Social Science will decipher the reasons behind Trump’s surprise victory and what it means for the economy and the direction of his presidency.
Space is limited. The seminar is free, but registration is required.
December 2, 6:30-8:30 p.m.
New York City Seminar and Conference Center
71 West 23rd Street
5th Floor
New York, NY 10010
Register
Back to seminars page