Know-Nothings for the 21st Century 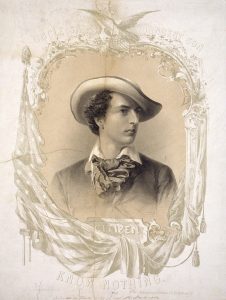 Krugman does a good job today poking a stick into the intellectual poverty of the Republican Party. It is painful to be embedded in a nation ruled by ignorant people, yet I’m certain there was a sufficient number of voters who jumped at the chance of electing Trump, knowing he’d pull off the mask of political conservatives to expose (for all to see) their empty-glass politics (i.e., we’d love to help you but we are fresh out of money, without divulging where it was stolen or given away to insiders). I believe it is working. Then, once we know how bad it can really get, who on earth would settle for a Wall Street/coastal liberal like Hillary who would sell out the lowest progressive voice with the excuse – you don’t have a choice, it’s me or the crazy guy. We had Bernie until a corrupt Democratic Party folded in ethical disgrace. At a higher level: What is the original cause of shithole countries? Take Ireland; absentee landlords starving all of Ireland in an early 19th century death camp existence. Take China; Opium importers from England and the US in the 1840s and 1860s; victims of geopolitical greed and evil. Trump had an excellent opportunity to score big points, advocating the advancement of Haiti and those African countries he disparaged, and in that way lessen the desire to immigrate to the US. People aren’t leaving Norway, for example, because they like it there. I’m not surprised he played the antagonist, without anything to gain by it.