What an AI Laundry Machine Taught Me About Economics 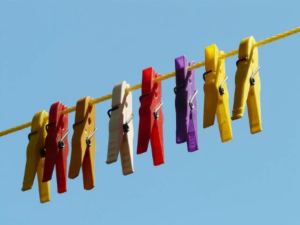 We arrived in Japan recently to attend to some family matters. One household issue we also wanted to deal with was our legacy washing machine. Little did I know that this would start an adventure in both technology and Economics. 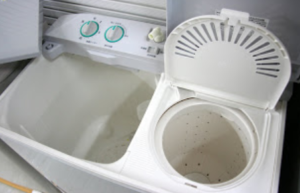 To begin with, in Japan, a traditional washing machine of the type we had is not exactly automatic. It does perform a washing cycle or two, but its functions are limited, and clothes need to be transferred to a spinning cylinder to the right as in Figure 1. This reduces the excess water and prepares the laundry for hang drying [1]. As you can imagine this is not so efficient except from an electricity perspective.

When I observed my wife carrying out the laundry chores the process actually consumed an entire day. We were homebound for the that day and she had to run back and forth to the machine often to attend to its many demands.

We also had to time the laundry event to the weather waiting for a dry sunny day like farmers planning a harvest. Consider, moreover, that Japan has an annual 6-week rainy season and about 100 rainy days a year overall making this a hit or miss proposition [2]. For some people such a manual machine is sufficient, but it was no longer making the grade for us.

As a result, we decided to upgrade. My wife had already done some research and had narrowed down the suitable requirements to a compact all-in-one washer/dryer unit that would stand within nearly the same footprint as our existing legacy machine. We went to the appliance store and looked at several. The one my wife had pre-selected was on sale and was also the smallest which helped seal the deal. It also came with a happy round face and it was pre-wired with Artificial Intelligence (AI). 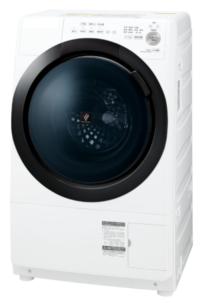 The installers hooked it up rapidly using the same electric, water, and drain support as our old-faithful machine which was now gone. When we turned on the new machine it was as if a spaceship had landed (see Figure 2). It was so bright, intelligent, and full of options. The first thing the machine did when getting started was nothing. That is, it spent several minutes sensing the clothing load placed into it. At first, we thought something was wrong and referred to the manual. Eventually, it computed exactly what kind of wash and dry approach it should use based on the inserted fabrics and laid in a flight plan down to the minute on how long things would take.

We only use the “Eco” cycle which means this is the longer path, but it uses less energy. The machine is a “one-touch” device in that it operates in “set-it and forget-it” mode. Once started we can go out and enjoy the day. When we come home the laundry is done and fresh and clean. We never have to intervene. Of course, we have to fold and put away (maybe our robot can do that soon). Furthermore, the energy usage is approximately 1/3 that of typical machines we have owned in the US. Finally, the cost of this unit was about the same as the combined cost of the washer/drier pairs that I have purchased in the US in the recent past.

So, what does all this mean for my lesson in Economics?

Well, for home economics I think this means a lot. I see this as a clear example of freeing up a day’s labor perhaps once or twice a week for 30 million households to focus on more productive or creative efforts. It is also a concrete example of the positive effects of an AI application within the home and within society. Here is a machine with embedded AI software and related mechanical design allowing people to forget about the machine itself and the weather. This device enables them to attend to chores when they need to and do so on an energy efficient basis.

Henry George, the influential 19th Century thinker and Economist, in referring to how citizens become more fully bound to a society said in 1879:

“… let him be surrounded by all the influences that spring from and cluster round a comfortable home, and the community may rely upon him …” [4].

Thus, our friendly and effective AI driven laundry machine can actually help make happier and better citizens of all of us. I think there is also a positive story around using less energy and getting more benefit from the results of the equipment usage at less cost as explained.

On a broader level, we can see such technological innovations stepping into additional areas of our life in positive ways. Naturally, the engineers and designers developing these solutions benefit from their livelihoods in creating these products. So too does the entire upstream supply chain and downstream distribution chain which translates into employment opportunities for many. Furthermore, the successful experience of products such as this then provides feedback into an ever-widening virtuous cycle of technological and economic expansion.

In this later case, Henry George argued that such innovations would drive rapid advancements in society, however, such advances could not by themselves be counted on to address all of the challenges in society. We would need negotiated policies to further buttress such social problems as inequality [5]. George also said that the “…degree in which the industry, skill, knowledge … concentrates … in the hands of those who do not produce…” would expand such inequalities [4]. Thus, a leveling on the technological front for the common economic actor can free up time to climb the ladder of technical skills and capabilities and competitiveness in the marketplace.

Furthermore, along with such innovations, he stated that fear in the face of new technologies may be a natural reaction at times especially from entrenched interests. Foreshadowing Kuhn [6] by a century, who described this phenomenon in Scientific communities, George explained:

“This tendency to resist innovation, even though it be improvement, is observable in every special organization – in religion, in law, in medicine, in science, in trade guilds; and it becomes intense just as the organization is close” [4].

Interestingly we see this same reaction today with the increasing introduction of AI. It would seem that while AI is a graduated if decidedly different technical evolution it garners significant pushback in society due to its seeming overlap with humanness in the areas of cognition [7]. We have seen the usefulness of earlier generations of mechanical, electrical, and IT devices from an economic and societal standpoint. Layering on AI ought not to be so frightening especially if it is in the form of just a laundry machine.

I have often found that unfamiliarity can be breached with just one simple interaction, moment or item. The fear reaction I have heard from some regarding AI might be allayed if only people could see our happy-faced AI laundry machine and enjoy the fluffy clothes it produces! Essentially, by letting AI help us do the wash, it might be possible now for society to indeed focus on other deeper future opportunities more readily.