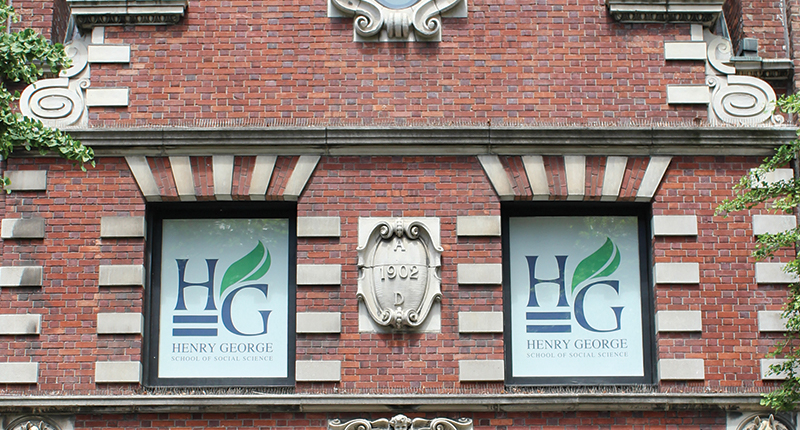 Welcome to the Henry George School of Social Science’s blog – Land Value Return and Recycle – a periodic posting of commentary about cooperation, human progress, natural resource economics, and the equitable distribution of wealth in the tradition of Henry George for use by social justice reformers in the present era. There is much written about this topic, some excellent, and some seriously flawed; importantly, the flaws I will be describing in upcoming posts are often not (I believe) presented with evil intent, but rather are offered within a context of a contestable epistemic premise.*

Over four decades Marty has practiced environmental engineering in the aerospace and waste industries, and in government. He holds licenses in professional engineering in New York and Louisiana, and a certificate in hazardous materials management. Marty is also a natural resource economy scholar in the traditions of Henry George, Elinor Ostrom, and Daniel Bromley, focusing on the sustainable and equitable distribution and preservation of society’s wealth. In that vein, he teaches ecosystem management and is influenced by those thinkers’ philosophy as a government employee. After years of policy analysis, activism, and reform advocacy, he recently led a team of professionals in the development of an international standard on improving the safety and performance of society’s infrastructure asset services while lowering their costs.** Lastly, Marty is actively creating a new version of material in the construction of affordable and sustainable buildings, as a certified passive house designer. At HGSSS, Marty teaches two courses; 1) Land Value Reuse and Recycle; and 2) Economics of Sustainable Prosperity. He is also a member of the Education and Economic Research and Strategy Committees of the Board.

Over the last 140 years, the economics discipline has been less concerned about a more just distribution of wealth and more about increasing aggregate wealth, with the argument that with a bigger pie there will be (potentially) more to go around. But, as is clearly seen, those who command ground rents can and do take increasing shares of community wealth. There is a growing chorus of others who think otherwise, paralleling George’s concern for a proper wealth distribution, including economists Kate Raworth, (the late) Elinor Ostrom, and Daniel Bromley who express a cooperative economics outlook. We do not necessarily grow and develop as a society simply because more stuff and more services are spewed out into the material universe; rather we progress through cooperation when essential outcomes are identified and achieved through concerted effort. For example, when anybody is subsistence insecure, that person has a much harder time contributing to society, but with universal healthcare, that insecurity is less severe for that one person and society is more likely to include one more voice toward its advancement. Also, as society halts on its way to a non-fossil fuel future, we are forced to deal with increasing levels of contaminants that alter critical ecosystems such that a sustainable future becomes less certain. Appreciating and politically advocating acceptable human and ecological threshold conditions are fundamental values; obsession with quixotic equilibria of an ephemeral growth-at-all-costs economy is stuff for a circus sideshow.

*Epistemology is the investigation of what distinguishes justified belief from opinion. Henry George presented a clear, justified (volitional) premise about the desired future outcome of a single tax on land value to the exclusion of all other taxes (on labor and production), that must be adopted now so as to stem and eradicate poverty. His epistemic premise, laid out in his Progress and Poverty (1879), offered a plausible guide for necessary action if that volitional premise is to be realized. Those who call themselves Georgists subscribe to and promote his guide and are among a unique epistemic community.