The “Unland Land” Around Us 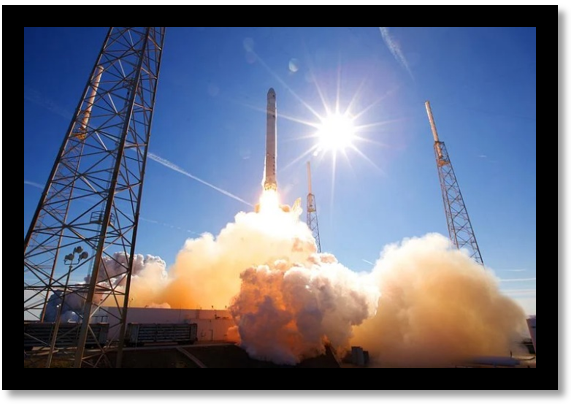 “You are blocking my sun, dude!”

This was a common refrain back in the SoCal poolside of my youth. As spring is now upon us and summer not far away, be sure to remember the sunblock as we have all learned the health hazards of tanning by now.

We start with the sun and the control of it for a reason. Is it realistic to think that we can own the sun, regulate access to it, and monetize its benefits? Well, in many ways we do today as strange as that might seem. Let’s explore how Henry George’s thinking applies to this life giving celestial object through a few technologies.

Land from a Georgist Perspective

First though, a quick refresher. Henry George was a widely popular American Economist and Social Thinker of the late 19th Century as we have discussed in prior blogs. When we think about the sun, George (and Georgists) would say the same thing he says about “land” here on Earth: “Man has a right to property concerning the things produced by his own labor … but how can he get such a right to land when it was here before he came?” (Bryson, 2011). In other words, similar to Jimmy Stewart in “It’s a Wonderful Life” (1946), we may want to throw a lasso around the sun to own it, but I imagine the lasso would be burnt through post haste.

What this means for George is that “… between land, labor, and capital; […] profits is [sic] not a term that refers exclusively to any one of these three divisions” (George, 1879). Then, in the 20th century, economists generally lumped land into capital losing the traditional clarity of separation of these factors held by centuries of thinkers (Batt, 2003). This opened the door for the trading of “land” as an asset even though this is the same thing as trying to own the sun.

To be clear, for Georgists, land is considered to belong to everyone as it should be considered the common heritage of humanity. Again, from this perspective you could not “own” land any more than you could own air, water, or the sun (Batt, 2003). Let’s follow the implications of this framework with a couple of technical examples.

Consider one or two of what I call “Unland” Land examples. By Unland what I mean are those natural resources which people might not immediately file under the traditional definition of land – you know – that stuff you walk on. According to Batt (2003), land includes any natural resources and “nonhuman works that today can exact a market price.”

Such Unland then includes:

“… locational space … [and] phenomena of value like the electromagnetic spectrum used to transmit communications signals and landing time slots such as have value at airports.” (Batt, 2003)

Importantly, at the time George was writing, his frame of reference was of giant American companies which were “… monopolies created by patent laws, […] which give the same character to railroad and telegraph lines, etc.” (George, 1879). However, his vision was not limited to those specific technologies. George would have recognized the infringement on natural resources by modern technologies also.

As an example, while satellites may have been unknown to George, who lived until 1897, he certainly would have been aware of nature’s spectrum discovered in his time. In 1865 Maxwell proposed a theory of electromagnetism. In 1887 Heinrich Hertz’s widely publicized experiments proved the existence of this force which we now call Electromagnetic Waves (Bargellini, 1977). This force provides the “bandwidth” in the atmosphere around us (Edwards, 2012). This dynamic and universal substrate is what powers everything from your car radio to your television to your cell phone and WiFi connection and more. Hertz’s discovery came at the peak of George’s research and publishing (no doubt he would have also read about Marconi’s first wireless transmission in 1896). From George’s standpoint then, could anyone throw a lasso around this bandwidth to “own” such Unland Land which had existed since the Big Bang? Let’s discuss.

For anyone born after October 1957, the thought of a world where human made objects were not in orbit is science fiction. For anyone alive prior to 1957, satellites themselves were science fiction at one point in their lives. Today, there are thousands of human made objects in Earth orbit. Some in use and some not. Some are in low Earth orbit (LEO) and some in various other orientations and altitudes depending upon the mission and purpose of the device.

One of the most interesting and useful

satellite orbits however was proposed by a science fiction author, Sir Arthur C. Clarke, in 1945. This orbit (also called the Clarke orbit) is officially known as the geosynchronous orbit (NASA, 2022). The key defining characteristic of this orbit – which is at 22,236 miles altitude – is that such satellites stay motionless above the planet and in place forever (or a million years – which ever comes first). A variant is the geostationary orbit which is similar but allows the object to hover over the equator (see Figure 1). In practice, replacement units are launched, and older satellites are moved to higher altitudes and decommissioned as newer technologies are developed (Sgobba, 2013).

What is relevant to our discussion of Unland Land is that the number of naturally occurring available GEO locations (or slots in space) are limited. This is true due to both spatial dynamics but also due to bandwidth or wavelength accuracy and crosstalk interference effects between satellites (Sgobba, 2013). As a result, each satellite requires between 1 to 3 degrees separation which translates into 73 kilometers of distance (or one-tenth of a degree longitude).

Theoretically, this allows for 1,800 such orbits. Approximately just over 400 are currently in use today as in Figure 2 (Howell, 2015). However, not all orbits are created equal as some might be positioned over remote areas with limited population centers. Also, getting a payload into position is expensive. Such launches require three stage rockets with significant propellent to reach high altitude. The communications applications and costs place a premium on these orbital assignments.

So, how do the allocations for these airborne locations work? The International Telecommunication Union (ITU) assigns geosynchronous orbit allocation 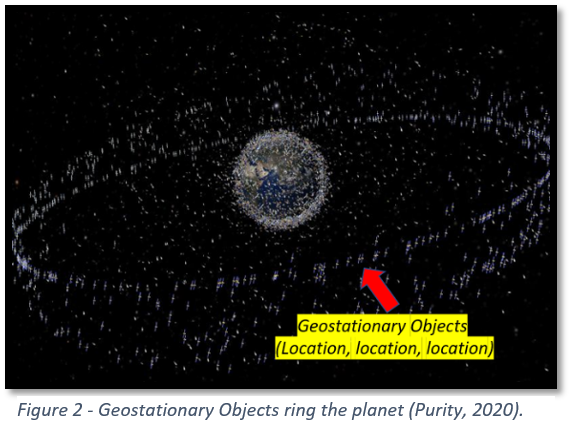 s and settles disputes. Unfortunately, if you do not have a prime location you may never get one:

“There is no cost for an orbital slot, but allocation is on a first-come, first-served basis … a slot does not come with an ownership right to the areas of outer space, it does grant an operator exclusive rights to the resource for the lifetime of its satellite (usually fifteen years). Typically, the operators then keep refiling for the slot and replace old satellites with new ones. So, for all practical purposes, they keep the orbital slot indefinitely.” – de Gouyon Matignon, 2019.

This means that all those naturally occurring orbits have been locked up by private interests essentially forever, generally leaving developing countries out in the cold. By the way, the reason 23,236 miles offers this sweet spot or rocking chair effect is based on the centrifugal force of the Earth’s gravity and rotation which of course is related to the sun’s gravitational force. Again, this brings us to the question, can anyone own the sun?

As another Unland example, consider radio frequencies. This may sound like something out of a 1970s movie featuring CB communications but it’s a lot more than that. Maxwell, Hertz, and Marconi showed us that the electromagnetic spectrum was real and could be used for radio applications and beyond. The most useful swaths of the radio band include familiar channels such as AM, FM, VHF, UHF, Radar, and Microwaves (DOT, 2017). The U.S. Department of the Treasury along with the FCC began auctioning off radio spectrum in 1994 and has increased revenue by tens of trillions of dollars since then. In particular, broadcasting channels are being reassigned to wireless communications to meet demand. This market-based approach to spectrum management is an example of the privatization of public resources (Woolridge, 2021). It has some benefits but also some pitfalls.

Auctions of these natural resources can exercise favoritism through rules and other factors. For example, in a recent auction for 5G bandwidth in the US, there were many 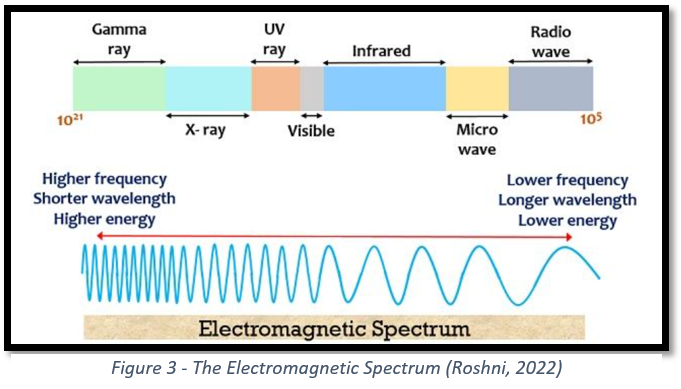 successful bidders purchasing licenses into the millions of dollars. However, two companies, AT&T and Verizon (the later through Cellco Partnership), purchased a total of 5,132 licenses for $23 billion and $43 billion respectively (FCC, 2021). These are staggering modern day Unland Land grabs.

Clearly, this type of resource allocation approach gives the average person no ability to ever influence this bandwidth again. The danger of this came out just recently during the 5G rollouts in the US utilizing these same licenses by AT&T and Verizon. The two companies pushed for rapid deployments near airports prior to the completion of safety certification of all aircraft systems for 5G signal compatibility. This forced last minute government intervention to protect civilian air travel safety (Da Silva, 2022). This brings into question not only the societal benefit of privatizing nature’s bandwidth but also the custodial judgement of those entities attempting to recoup massive financial outlays to corner the market in new wireless capabilities.

There are further examples of Unland Land we could discuss. I am not a true aviation aficionado, but I do like exploring how many planes are in the sky and where they are going using online tools. Recently I also had reason to do the same with global shipping software. In both of these cases, I learned that preferred routes, landing or arrival times, berths, and related attributes are considered valuable commodities. One could see during the COVID-19 pandemic that airlines flew otherwise empty aircraft and burned expensive fuel to meet minimum usage levels in order to maintain landing rights at premium airfields, for example.

Once again, who owns the sun? I know I don’t have a jumbo jet to ferry back and forth between airports just to hang onto a landing window. I also don’t have $20 billion to capture radio spectrum created at the beginning of the Universe to lock in future profits to the clear determent of the public good. As we discussed at the start of this piece, a more equitable solution might be a community ownership model for such naturally occurring Unland Land. Or, as Henry George said in “Progress and Poverty”:

► “For in a new country, equality seems sufficiently assured if no one is permitted to take land to the exclusion of the rest.” – Henry George, 1879.