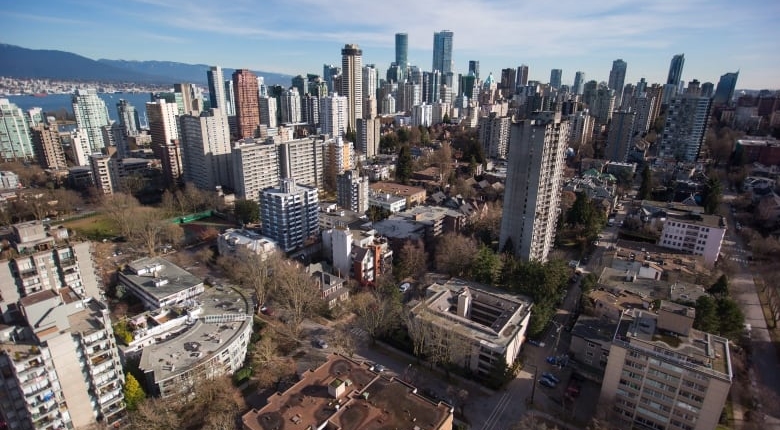 In this opening post of the Henry George School of Social Science blog on Land Value Return & Recycle, we focus on the case of Vancouver, British Columbia, Canada. So what’s up with Vancouver? Vancouver just happened to be the poster child for major cities with the lowest levels of housing affordability (in 2016-2017), measured by median housing price divided by median household income, at 17.3. Coming a close second is the NYC borough of Manhattan at 15.6 followed by San Francisco at 13.81. How does this relate to land value? Housing prices would be a fraction of what they are today if a majority of unearned land values accrued to the municipality instead of the land owner (as they typically do) – it’s a vicious cycle that has played out most notably in Vancouver – an outcome George spent his later life to prevent. Hong Kong and other Asian countries have government ownership of land, so the explanation of low housing affordability is different. In those cases, we see land scarcity driving up housing costs because, like Manhattan, Hong Kong is an island, but unlike Manhattan, Hong Kong has mainland Chinese emigration pressure from people seeking higher incomes, as much as three times more. So the meaning behind the headline, Hong Kong Property Investors Sit Tight for Now Amid Violence on the Streets2, is that these investors are looking for stable markets, not land prices discounted on the anticipation of future land rents. Hong Kong is one of few major cities where public land ownership allows significant land value to be returned and recycled for transit and other services, something we will return to in an upcoming post. In a Georgist Remedy (where private land possession prevails, as in the U.S.), housing prices would drop because land owners would no longer claim land values (as an income stream) – a market set up to tax 100% of land value would not see significant increased property prices; prospective sellers would know that although improvements on land would not be taxed, the government would collect the non-improvement based property tax (i.e., the land value income stream which almost always increases over time – the expectation of a windfall is taken out of the transaction). Granted, Vancouver is not collecting 100% of its land value, but IS restricting its property market toward housing affordability, and that is an important point.

So what did the Canadian government do to impact home prices? It started with a federal rule on mortgage borrowing that had the effect of reducing a potential home buyer’s purchasing power by 20%3 ; this is described as a stress test on the ability of the borrower to repay the loan. That was not a land value measure (and it may have caused prices to drop by reducing demand), so I’ll leave it. Next is a foreign buyer’s tax that increases home prices by 20% (primarily aimed at Chinese investors, whose own government now makes it hard for citizens to leave their country with significant amounts of money). Next is Vancouver’s Vacancy Tax Bylaw (1% of a property’s assessed taxable value, known as the Empty Home Tax) that applies to homeowners who leave their homes empty for six months out of a year. Then a provincial vacancy tax4 that is separate from the Vancouver vacancy tax (2% of assessed property value for foreign buyers and 0.5% otherwise), then an additional education tax for high value residential property5 (0.2% – 0.4% of assessed value). Thomson reports a 30% decline in home prices in 2019 as the cumulative effect of these taxes from the 2017 highs. Although I may have missed additional measures, these are the primary restrictions on the Vancouver home buying market. This sounds like a success story – but is it? If I were a Chinese national home buyer, I’d be buying up even more properties now, especially so with prices 30% lower only inconvenienced by a 20% foreign buyers’ tax – and that would cause prices to rise because of a shortage of supply. In order to achieve the result intended with the foreign owner premium, the 20% tax should be on the most recent price high mark, not on the depressed price). We will have to wait to see how this shakes out in the coming months to see if housing is more affordable, although it appears that it may be. Clearly, Vancouver needs to increase the supply of low-cost units to achieve long-term housing affordability. That’s an assessment appropriate for a future post.

But how does all this impact two important demographic groups – those caught in a negative equity trap (i.e., owing more on a home mortgage than the home is worth), and those (notably millennials) early in their careers, without resources to enter the homebuying market and thereby are subject to unaffordable rents? The problem for millenials is putting off buying at a market high and continuing to rent, or mitigating their risk by choosing homes in locations in cooler markets than those of first preference. Those worried about (perhaps) the biggest investment they will ever make should review the potential downside of their choice. There’s not much to be said for those who bought in the period of 2004-2007, who are most likely experiencing that trap, although special programs do exist for those in this trap.6 Legislators need to reflect on who benefited and who lost in the Global Financial Crisis, because anecdotally (at least) banks were bailed out, corporations used government bailout money for stock buybacks, while the foreclosed lower income mortgage holder lost considerable personal wealth.

Regarding affordability, Community Land Trusts have been used successfully, beginning notably in the mid-1980s in Boston7. With the collective (non-profit) entity (represented by the trust) owning the land under a home (usually a multi-unit building), purchase prices are much lower. Another wrinkle could be a goal to have the trust-home permanently affordable, whereby no homeowner is allowed to reap a future windfall with land value/home value increase, where such values are returned to the trust for operations and maintenance and eventual systems replacement and major repairs. Also, revenues from market restriction could be used to purchase land for the trust. A future post will focus on this phenomenon.

So, yes, good work Vancouver on moving the needle toward increased home affordability. New York, you may be next. But, as positive as this seems to be, it just scratches the surface of what a Georgist tax reform would accomplish – next month’s post explores that, with a report on land value return & recycle. George would never have rested until all who monopolize natural opportunities (i.e., land owners, as well as resource extractors, polluters of air/water/land, users of the electromagnetic spectrum, and people/firms controlling aggregate capital) pay monopoly taxes to fund the amelioration of the social maladjustments they created, or what we call the provision of infrastructure asset services.