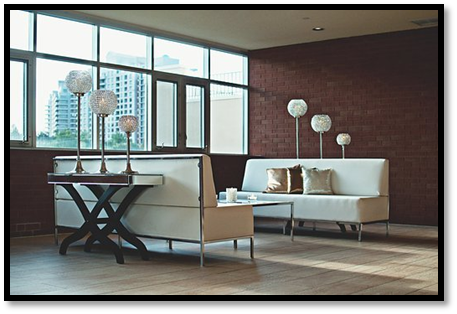 Recently, I was reminded of some of the fundamentals of life. You may have heard of the Rule of Threes which states that: “Humans can survive three weeks without food, three days without water, three hours without shelter, and three minutes without oxygen.” And, I suppose these days some people cannot live even a few seconds apart from their Twitter or Instagram feed.

In my case, I have been fortunate to generally never been “without”, although at times, my own choices have led me into extreme conditions such as hiking in arid places with too little water. However, this changed recently when my reality was suddenly and forcibly altered when I needed to find adequate shelter for my wife and me on a cold, rainy night in New York City. Due to a building fire forcing a rapid evacuation of hundreds of people all with just the clothes on their backs, we suddenly became temporary refugees in our own hometown. Fortunately, there were only a few minor injuries reported, yet everyone and their pets landed in the same boat – in need of a place to stay.

Of great comfort was the fact that my wife, who was alone in the building, had the foresight to evacuate and move to safety immediately. Yet, this began a multi-day ordeal which helped me realize anew how precious our daily routines are and the value of the basics we often take for granted, like a safe place to call home and how not everyone can claim this benefit.

As it turns out, we were extremely fortunate in many ways. Friends arranged a safe and comfortable place for us to stay before nightfall and without being asked to do so. Also, while we were nearly empty handed, we were not harmed and simply needed to buy some basic supplies to survive through a couple of inconvenient days. From a technology standpoint, we had our mobile phones and one laptop. This proved enough to communicate and manage the immediate situation. Finally, we were eventually able to pick up where we left off with no significant property damage.

Yet, I could not stop thinking about all the other people who were impacted and how they may have had to travel a tougher road. I also thought of all the other stories in the news from around the country and around the world where disasters strike and homes are lost or worse. Actually, this was not our first forced evacuation as we, unfortunately, went through a large earthquake years ago. Those memories came back to me again as well as the interlaced set of technologies which we all rely on to simply enjoy a safe night’s sleep on a cold winter’s night. These include construction methods, supply chains, fuel sources, safety systems, communications equipment, and more.

Finally, this also led me to think about how people talk about housing as a right. According to the United Nations, housing is in fact defined as a human right as per below:

“Under international law, to be adequately housed means having secure tenure—not having to worry about being evicted or having your home or lands taken away.” – UN, 2014. 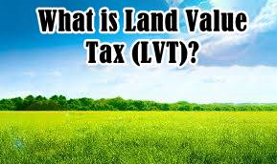 I am not certain about how this is implemented in a legalistic sense across all nations and jurisdictions or in practice but there does not seem to be a counter argument here conceptually. The question that stands out is how to deliver on such a promise.

Henry George, the 19th Century Economist and Social Philosopher, spoke to this issue. He believed passionately that in a privileged and wealthy society like the one we live in today and the one he lived in then (the Gilded Age), American capitalism could serve two purposes. One of economic growth, innovation, and profit, and simultaneously one of supporting the essential needs of social equity including availability of housing. To do this George championed the Single Tax approach also known as LVT (Land Value Tax).

In introducing the separation between land, houses, and taxes, George put it this way in his foundational classic book on Economics entitled “Progress and Poverty” from 1879:

For George, land is a natural birth-right to the world. We simply pass across the face of it like an ephemeral shadow at noon on a sunny day. While a house with a fence around it may certainly look permanent, in reality over the long eons of history yet to come, such artifacts become fleeting relics which subside while the land endures far beyond our time. Yet, what people tend towards as George points out is to expand their land consumption as their wealth accommodates this:

The man who now uses coarse food, and lives in a small house, will, as a rule, if his income be increased, use more costly food, and move to a larger house. If he grows richer and richer he will procure horses, servants, gardens and lawns, his demand for the use of land constantly increasing but with his wealth. – George, 1879

This is why George recommended the Land Value Tax. The LVT is a method to provide for equitable usage and financing of land usage over long periods of time. This Single Tax approach eradicates all other forms of taxation including Income Taxes, property taxes, sales taxes, gasoline taxes, and so on. Recent research has shown that such a method can adequately fund current municipalities, counties, and even the US Federal budget at highly affordable rates (Cusick, 2019).

In the face of all of this, there are no shortages of difficulties in the area of housing for people of all types. For the wealthy, they fret over reducing property taxes or sheltering assets. For the middle class, they often face challenges in meeting mortgage payments while saving for college tuition and retirement simultaneously. And, for those less well off or the working class, they often battle to either find affordable housing or see a large proportion of their pay go towards keeping that proverbial roof over their heads. I feel for all of them as we understand how traumatic it can be in most of these situations. In fact, with the recent rise in housing costs some in the labor force cannot even afford to live close enough to viable locations providing employment according to Patrick Harker, the president and CEO of the Philadelphia Federal Reserve, thereby impacting employment levels (Reuter, 2021).

While these challenges are striking and pervasive they are regrettably not new. Today’s expensive and undersupplied housing market has deep roots. A study by RAND’s Science and Technology Policy Institute published in 1999 documented the fundamental issues in the US housing market (Scott, 1999). In it the authors indicated that various factors led to delays and high costs in housing including land development, permitting, zoning, construction, and site inspection. They mentioned several areas for improvement which have, in fact, been invested in and realized to some extent including more manufactured components and Internet based document sharing.

Looking forward what might we expect? Currently, the rate of home building remains at roughly half its historic rate in the US while household formation (representing new demand) is growing at double its recent pace (Wil 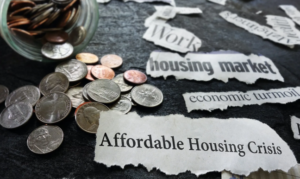 liams, 2019). Thus, engineering improvements such as 3D printing, AI design modeling, and expanded automation in parts manufacturing can all help speed construction and the delivery of new housing solutions. Yet, there are foundational barriers to be considered. According to The Economist, homeownership itself drives global inequality (Triveno, 2021). Reasons for this include the high cost of land in urban centers.

✓  This tracks precisely with the teachings of Henry George who explained that without an LVT approach social inequality is bound to arise and persist.

To address these issues will require many tools. This might include technological levers such as those listed above. However, more likely the heavy lifting will need to be done utilizing capital and financial methods as well as policy, urban planning, and perhaps even the Land Value Tax.

To be transparent, I began writing this blog entry while working at the Henry George School itself in New York. I am finishing this piece in our home far away in Japan. In between, we actually resided in seven (7) different locales in just three (3) months including three NYC apartments, one long night over the Pacific in a Boeing 777-300 jetliner, two consecutive quarantine hotel rooms, and finally our little suburban single family home.

What I can tell you is that I don’t really know if housing is a human right as observed by the world, but I do know you absolutely need a place to rest your head at night. Moreover, you need a sense of safety and security in your residence. After going through so many transitions recently (not all of them fully pleasant) it has been comforting and reassuring to arrive “home” and to be able to take up my pen at my cozy desk which was waiting for me here. I am reminded, again, of what a luxury this is and I am thankful for all the carpenters long ago who hewed a set of logs to form this house and gave us our shelter today. 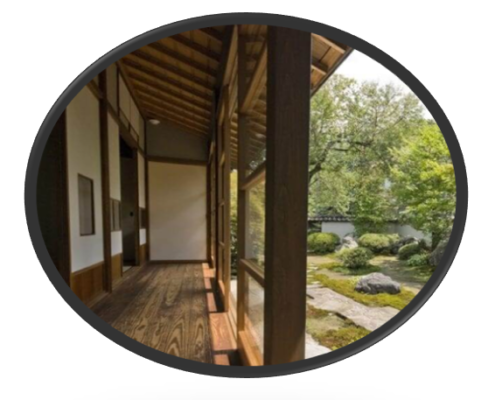