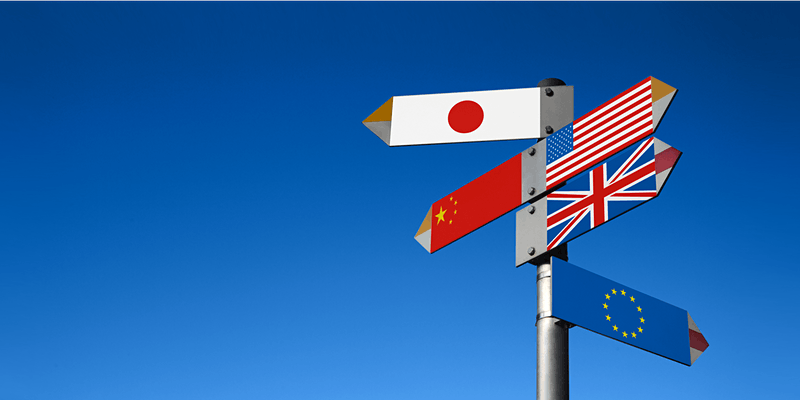 IN QUEST OF A MULTIPOLAR WORLD ORDER – PROMISES AND PERILS

Join us for another round of discussions on the new global power configuration and the prospects for peace and economic well-being.

When an incumbent superpower is challenged by a rising new power, history shows that those are generally perilous times, and tensions are building up. Will the quest for peace prevail over the risk of further confrontation and conflict? In this second conversation, Michael Hudson and Pepe Escobar will examine the state of the world through a geopolitical and geo-economics lens. They will discuss the opportunities and threats as we transition from a unipolar world to a multi-polar system.

Michael Hudson is an American economist, Professor of Economics at the University of Missouri–Kansas City and a researcher at the Levy Economics Institute at Bard College, former Wall Street analyst, political consultant, commentator and journalist. Michael is the author of J is for Junk Economics (2017), Killing the Host (2015), The Bubble and Beyond (2012), Super-Imperialism: The Economic Strategy of American Empire (1968 & 2003), Trade, Development and Foreign Debt (1992 & 2009) and of The Myth of Aid (1971), amongst many others. His books have been translated into Japanese, Chinese, German, Spanish, and Russian.

Pepe Escobar, born in Brazil, is a correspondent/editor-at-large at Asia Times, and columnist for Consortium News (D.C.) and Strategic Culture (Moscow). He has extensively covered Pakistan, Afghanistan, Central Asia, China, Iran, Iraq and the wider Middle East. Pepe is the author of Globalistan: How the Globalized World is Dissolving into Liquid War (2007); Red Zone Blues: a Snapshot of Baghdad during the Surge. He was contributing editor to The Empire and the Crescent (Amal Books, Bristol). His last two books are Empire of Chaos (2014) and 2030 (2015). Pepe is also associated with the Paris-based European Academy of Geopolitics. When not on the road, he lives between Sao Paulo, Paris and Bangkok.