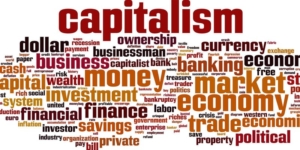 Capitalism, the dominant economic system in today’s world is also widely credited for the wealth and progress of nations. However, the great success stories often come with a growing polarization of society between haves and have nots. In this interactive seminar, Michael Bucher looks at the Anglo-American experiment, and asks what went wrong and why true capitalism is the only sensible path to reforming capitalism.