2021 Will Be the Year of Guaranteed Income Experiments 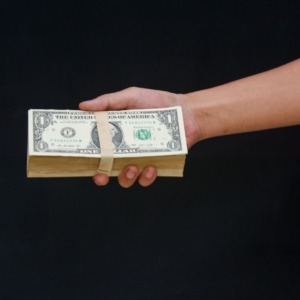 In recent years, Universal Basic Income (UBI) has gained the spotlight in public discourse and, with new trial runs planned in at least 11 major American cities for 2021, it is very likely that it will stay on the policy making agenda for years to come. The idea of course is not new, as it traces its intellectual lineage from the work of Thomas Paine and was advocated a century later by America’s Gilded Age economist and social reformer, Henry George who called it the citizen dividend.

While considerations of social justice dominated in early formulations, today it is the need to deal with the effects of technological unemployment that is behind the new chorus of support for UBI. Proponents hope that such payments would help address poverty by giving all recipients a decent living standard without the cumbersome bureaucracy associated with traditional mean tested welfare programs.

One question that will need to be addressed is what would happen to prices once we all start receiving a monthly check from government?

An obvious answer is that demand for goods and services will rise, causing prices to go up and as a response, supply would increase proportionally to meet the rising demand and drive prices down to equilibrium.

However, this is only true for good and services that are subject to the law of elasticity. But what about housing, the largest expenditure in American households? Due to the insurmountable fact that land is limited in supply and that they “ain’t making more of it”, rent will keep going up and as renters pay more, those who own land will command more of the extra income distributed via UBI. The result could be worsening income inequality, the very problem that UBI is meant to address in the first place.

This is the simple reason why UBI may not be viable without a land value tax to pay for it.