Why Universal Basic Income is a bad idea 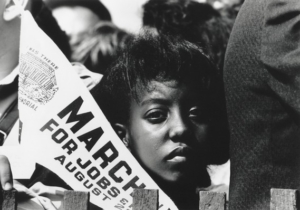 Daron Acemoglu argues that “UBI is a flawed idea” (Acemoglu, 2019). He raises concerns over the cost of funding a Universal Basic Income, based on a plan of giving every individual of the U.S. population $1,000 per month. Acemoglu suggests that to raise money for the program, either “major cost savings” or a doubling of the federal tax revenue would have to occur. He further writes that “Basic economic theory implies that taxes on income are distortionary inasmuch as they discourage work and investment. Moreover, governments should avoid transfers to the same people from whom they collect revenue, but that is precisely what a UBI would do” (Acemoglu, 2019). It seems that Acemoglu’s greatest concern for UBI is the cost of facilitating it. In the Georgist philosophy, there is a potential remedy to this concern. Using Henry George’s idea of a land value tax, not only would it allow for funding a Universal Basic Income, but it could also eliminate all federal taxes. This would allow for existing social programs to remain and for a possible decrease in the tax burden of individuals. A simple solution like this may not be the final answer to solving the question of funding UBI, but the following analysis sheds some light on how it can potentially work.

At the end of 2018, the estimated population of the United States was 328,226,532 (United States Census Bureau). If a Universal Basic Income of $1,000 per month was provided for every person, the yearly cost would be approximately $3,938,718,384,000. In order to fund this, an unimproved land value tax of approximately 18.58% would suffice. This figure is based off of the 2009 estimate of land value of $23 trillion, less the approximate $1.8 trillion worth of land held by the federal government. (Larson 2015, 16). Removing all other taxes, and including the cost of a Universal Basic Income, an unimproved land value tax of 34.29% would cover the cost of the UBI and the federal government’s 2018 budget of $3,328,745,000,000 (Bureau of the Fiscal Service 2019, 5). Although a tax rate of 34.29% may seem steep, it would come with the elimination of all other federal taxes. Furthermore, those with the highest valued land would pay the most tax. With about 1.89 billion acres of land in the lower 48 states, and 24% of the acreage owned by the federal government, the average acre is worth around $5,059.50. At a rate of 34.29%, the annual amount to be paid would be about $1,734.90 per acre. Most people don’t even own an acre of land, which would introduce a small financial burden on them.

*Kuba Dziedzicki is a graduate student at St. John’s University. He is currently working as an intern at the Henry George School of Social Science.

Bureau of the Fiscal Service. 2019. “Monthly Treasury Statement: Receipts and Outlays of the United States Government For Fiscal Year 2019 Through July 31, 2019, and Other Periods.” U.S. Department of the Treasury, 2019.
https://fiscal.treasury.gov/files/reports-statements/mts/mts0719.pdf