What Economists Still Don’t Get About the 2008 Crisis 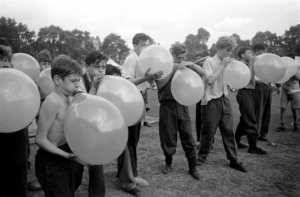 Gennaoli and Shleifer’s “extrapolative expectation” theory of the business cycle is the latest offering in a series of new attempts to explain why booms and busts occur in a free market economy.
The theory goes like this – “When times are good, irrational exuberance (Greenspan, 1996) takes hold, pushing stock prices, home values, or both into the stratosphere. When they inevitably come down, banks collapse, taking down the rest of the economy with them”.

Although not new in substance, this theory demolishes the long-standing dogma of rational economic actors in pursuit of self-interest and the notion that economic downturns are unpredictable and therefore one has to focus on designing adequate countercyclical policies to address them, should they happen. If you can’t predict it, you may to not be able to avoid it, and therefore you have to find ways to counter it.

The “extrapolative expectation” theory is in the same lineage as the Financial Instability Hypothesis (FIH) coined by Hyman P. Minsky (1919-1996), the maverick economist who posthumously rose to sudden fame in the immediate aftermath of the 2008 financial crisis. It is an elegant and appealing framework that incorporates institutions, evolutionary dynamics, self-interest, and human psychology. Empirically, it appears to comport well with developments over the past thirty years during which he US economy experienced three business cycles (1981-1990, 1991-2001, and 2002-2009). Each of those cycles was characterized by uncontrolled borrowing, facilitated by regulatory erosion coupled with creative financial innovation to trivialize debt and encourage risk taking.

Therefore, and in accordance with the postulates of the “extrapolative expectation” theory, all it should take to tame the business cycle is to assume that economic actors are irrational (especially when they are on a winning streak), implement policies that curtail excessive risk-taking and reverse the process of financial deregulation. In other words, put the financial risk-taking genie back into the regulation bottle, and voila, you’ve handed down a death sentence to the boom bust cycle.

Fascinating as it may sound, this new theory comes with its own limitations. It explains the mechanics and strategies that facilitate uncontrolled credit injection into the economy but fails to shine a light on policy choices that made so much debt necessary in the first place. This is important because a wrong or partial diagnosis can only lead to what Henry George calls “ineffective remedies”.

George would have insisted that the credit that funded the boom that went bust in 2007 is a reaction to a bigger problem, a sign of a profound malaise in the real economy of every day goods and services production that was reflected through the behavior of financial markets. The problem, he would have observed, has its origin in the shift from a commitment to full employment from the 1950’s to the early 1970’s when wages grew in lockstep with productivity, to a model of the economy that outsourced a critical mass of production, disempowered the American worker and offered him easy access to credit to prop-up declining living standards — a strategy George would have agreed amounts to asset-based welfare.

Faced with such prospects, American households went on a borrowing spree to invest in housing, the financial sector introduced new debt instruments such as home equity loans to promote even more borrowing for consumption. Studies show that, as of 2014, nearly 68% of all bank lending went to residential real estate in the U.S. (Jordà et al. (2014), The Great Mortgaging – Housing Finance, Crises and Business Cycles). Such lending is based on the fallacious assumption that house prices will keep rising. When house prices fall, the flow of credit is discontinued, a debt crisis sets in, and the economy begins to contract.

Clearly, credit and debt played a significant role in the 2007-2008 crisis, but George would have argued that finance was actually a symptom of more fundamental weaknesses in the real economy, such as falling real wages, over-financialization, and the resulting income inequality. Simply monitoring interest rates and credit creation may help forecast an impending bust, he would conclude, but will not prevent the repeat of the cycle unless fundamental adjustments to the structure of the economy have taken place. One way to achieve this goal, George would surely have emphasized, is through a land value tax, which would divert bank credit away from speculative activities and incentivize a shift toward an economy that relies on production to support incomes rather that asset bubbles.