Trump Attacks Amazon, Saying It Does Not Pay Enough Taxes 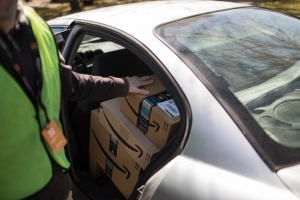 In a recent Tweet, President Trump launched a vitriolic attack on Amazon, claiming that the company is not paying enough taxes.

This is not the first time the President goes after the tech giant, however this particular attack bears the hallmark of a calculated move aimed at placating his political base.

Leaving aside the accuracy of the claim that Amazon is short on taxes, there is another important issue that Trump fails to see (or conveniently avoids) which ought to merit his attention if he really wants a tax system that is just and involves the least drag on innovation and enterprise. That is the Henry George concept of value capture. What does this have to do with Amazon, anyway?

The cyberspace, we must remember is a public infrastructure funded by tax dollars. It is the virtual space that makes online value creation possible, the same way a good school, a fire department, a subway station or any other conventional public infrastructure would add value to an adjoining piece of property. The difference however is that the brick and mortar store owner pays rent, the online store does not and this gives it a strategic advantage, allowing it to harvest massive profits and eliminate its competitors.

A Georgist inspired tax on Amazon and the likes, would allow the community to defray the cost of public investments in the cyberspace, level up the playing field and shift the burden of taxation from wages and interest to where it rightfully belongs; Rent!