The US economy firing on all cylinders? Hardly 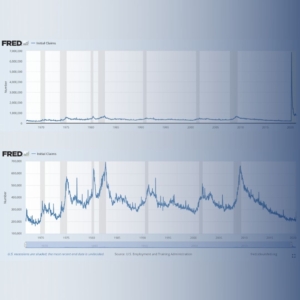 Read More
Back to From our Boardmembers

– US Department of Labor email on jobless claims, 4 Mar 2021

I got this email on jobless claims from the US Labor Department as I do each week just after 8:30 AM ET. And when I saw the numbers, it confirmed for me that we are generally on a downward trajectory for claims. This is a data series I have been tracking for the past two decades, through the end of three business cycles. It’s been around since 1967.