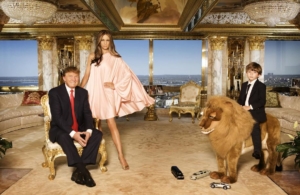 A recent post in the Daily Kos by Mark Sumners alluded to a “Second Gilded Age” when discussing America’s rising private fortunes and its failing public projects. Nothing illustrates this baffling contrast better than Congress’ decision to abandon the Superconducting Super-Collider, a groundbreaking scientific research project due to concerns over the deficit, when at the same time, America’s billionaires are adding more to their already massive wealth.

Sumners attributes this situation to Reagan era supply-side tax cuts which, he believes had actually diverted public funds to private pockets under the pretense of encouraging job creation.

Although he does not offer any explicit prescriptions, Sumners’ remedy seems to flow naturally from the diagnosis he made – tax the super wealthy and use the revenues collected to fund research. There is a better solution however, a solution that has been proposed by Henry George, America’s first Gilded Age economist and known as the single tax on land values. Milton Friedman called it the “least bad tax” because it does not penalize wealth creation and places the least burden on production. It is the collection of that part of the national wealth that belongs to everyone but has been privatized, to fund the community’s needs in lieu of all taxes on labor and capital.