The Real Risk of Trump’s Steel and Aluminum Tariffs 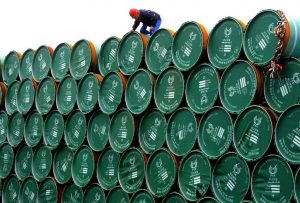 A higher price for metals isn’t the main concern; it’s the chance that the global trade system will be undermined.

To many economists, Henry George had the final and most eloquent say on the issue of tariffs, interlocked as they are with international trade policy as reported in Neil Irwin’s Up Shot piece in the New York Times on March 1, 2018. In his 1886 Protection or Free Trade (an examination of the tariff question with especial regard to the interests of labor), George identifies what confounded Milton Friedman in his admiration of George’s free trade stance . George identifies the essential need to secure local public revenues with a land value rent ABOVE the question of harms to labor from trade tariffs. Except for historians, few are aware that for centuries “free trade” meant NO protective tariffs (i.e., taxes on incoming foreign goods going to domestic manufacturers of same, thereby securing jobs for local labor), BUT plenty of revenue tariffs (i.e., taxes going to government – for the same goods – to provide public services such as education, public health, and infrastructure). In 1913 U.S., basic rates for all tariffs were shifted from 40% to 25% as part of the Underwood Tariff Act and simultaneously a federal income tax re-imposed decades after the one imposed during the Civil War had expired. A quid pro quo. All these sources of revenues – revenue tariffs, income taxes, etc. – to side-step capturing (socially created) wealth in land value (from the land monopolist) that comes with the growth and advancement of the population. This land monopolist is the one George called the robber that takes (from labor) all that is left (of his hard-work income). So here we are today – blabbering around the edges of this old debate without going to the heart of it. The campaign slogan for a radical progressive force would be, it’s capturing land values, stupid!