The Californians Are Coming. So Is Their Housing Crisis. 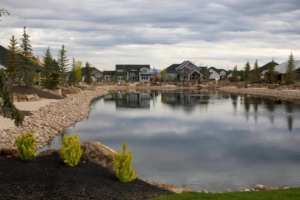 Conor Dougherty asks a very good question that has always preoccupied housing experts and political leaders.  How to grow a city’s economy without making housing out of reach for its average resident?

The experience of New York City in the 1920s offers valuable lessons that could help address this seemingly intractable dilemma. Under the leadership of Governor Al Smith, the city implemented a Georgist inspired reform that lifted all taxes on buildings and structures and transferred the entire fiscal burden onto to the land. The property tax became in effect a land tax; an idea that Henry George and his followers have long been advocating. The result was a 700% increase in building construction to accommodate a rapidly increasing population. Cities like Pittsburgh in Pennsylvania implemented a similar policy in the 1970s with the same great results. What we’ve learned from these experiments is that we don’t have to give up affordable housing in order to achieve or accommodate growth. We can actually have it both ways.

All that’s needed is a property tax system that incentivizes the construction of buildings while discouraging land hoarding for speculative gains. That’s exactly what a land tax does.