By The New York Times Editorial Board 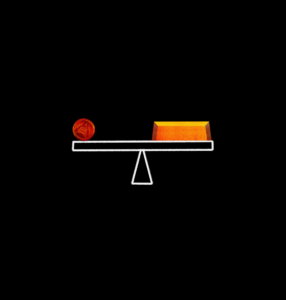 During this year’s presidential election, voters in Arizona, California and Illinois were given a chance to adopt sweeping changes to their tax systems. Two of these states (Arizona and Illinois) are by all accounts among the most regressive tax jurisdictions of the nation1, so residents were asked if they would validate a shift toward a more progressive income tax, one that would ensure that those who have more contribute more to the society that is the foundation of their prosperity.

Proponents of a progressive income tax argue that such a reform would achieve fiscal equity and help fund vital public services that came under tremendous financial stress as the consequence of the coronavirus pandemic. However, advocates of the status quo contend that a higher tax on affluent households would hurt the local economy, cause an exodus of the rich and deprive the state of much needed revenue streams. The amendments failed in California and in Illinois but were adopted in Arizona. Regardless of this outcome, it is unlikely that the ideologically charged controversy between proponents of regressive and progressive taxation would end anytime soon. But the fact of the matter is that one does not have to choose between one or the other. Fiscal justice could indeed be achieved without punishing the wealthy or stressing the tax collector. The way to do this is to embrace the pragmatic vision exposed by Henry George in his best-selling book Progress and Poverty (1879).

George argued for the elimination of all taxes save one on the unimproved value of land. Such a tax would reconcile fiscal justice with economic growth while generating enough revenue to defray the costs of government. Moreover, the land tax is relatively easy to administer and is immune to fiscal evasion or fiscally motivated exodus. Milton Friedman once called it “the least bad tax” but George’s disciples have coined an even more elegant term – “incentive taxation”. Unlike most taxes which take wealth created by individuals and give it to society, the land tax takes a completely different approach. It collects the wealth that collectively belongs to society to pay for the expenses of society, thereby allowing workers and entrepreneurs to fully enjoy the fruit of their effort. This is the fundamental reform that these states may need to simultaneously achieve fiscal justice and sustainable economic prosperity. Unfortunately, the debate over taxes generally revolves around the polar opposition between regressive and progressive taxation as if there is no other alternative.