By Max Zahn with Andy Serwer 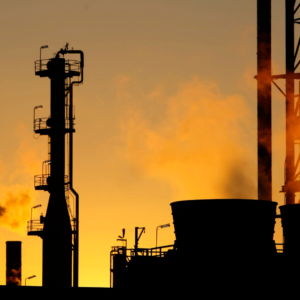 One of the most mainstream ideas to combat climate change is a carbon tax. While there is no carbon tax on a nationwide level in the United States, other countries have one. In an interview with Andy Serwer, Pavan Sukhdev (who serves as WWF International’s president) states that “our tendency in governments nowadays is to tax the goods. They’re not the bad. When we come to resource usage and resource emissions, basically, pollution and especially the use of the atmosphere, it’s a limited space… We should be taxing the resource use — the resource of the atmosphere — but we don’t do resource taxation” (Zahn and Serwer, 2021).

Henry George would agree with Mr. Sukhdev. The Earth provides society with the atmosphere, which protects us against ultraviolet rays. When fossil fuels are burned, carbon is emitted, which causes the atmosphere to deteriorate. This is an externality that negatively impacts society. By taxing carbon emissions, those who indirectly cause this harm will pay for it. Society would be compensated for the damage done to the atmosphere. A carbon tax would, in theory, reduce the amount of carbon emitted by firms over time. Although this would decrease revenue from a carbon tax in the long run, it would lead to a healthier future for society (and one where less government spending on health is needed).