Is the Race to the Bottom Over? 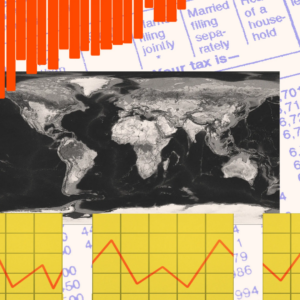 In a tax deal that was called “the most important international tax agreement in a century”, 130 countries have agreed to a global minimum tax of at least 15% for multinational firms in an effort to combat tax evasion. The much applauded agreement is part of an attempt to address the fiscal challenges presented by a globalized and increasingly digital economy, in which profits can be shifted across borders and companies can make money in places where they have no taxable headquarters.

It is well known that the OECD has long been advocating for an international framework on corporate tax. However, the impetus behind the move is Biden’s pledge to implement a 28% corporate tax in order to help fund his ambitious infrastructure plan. The administration has anticipated that such a swift increase in taxes might encourage multinationals to shop around for low tax jurisdiction; causing a substantial loss of revenue for the US Treasury. The international deal is aimed at closing that loophole.

It is however uncertain whether the agreement would work as intended. Diplomats may sign deals but the power to ratify belongs to parliaments and some may not go along.  In low tax jurisdictions such as Malta, Ireland and Hungary, …etc…, opposition to the deal is considerable. Additionally,  corporations can always find ways to circumvent the rules. Even if broadly ratified, the tax deal could present serious implementation challenges and generate frictions among signatory parties.

Assuming that the goal is to efficiently collect revenues, there are certainly  better ways to achieve this. One simple solution is a tax on natural resources and land values. Such assets are physically static; they don’t move or shrink and therefore cannot be evaded. And, if the purpose of such taxation is to fund infrastructure, then what better way to do this than by taxing land values that are boosted by infrastructure spending? This would not only solve Biden’s fiscal riddle, it would turn the United States overnight into a low tax jurisdiction, attract businesses back, enhance wages and productivity. Henry George brilliantly laid out the case more than a century ago. Perhaps, the time has come for policymakers to take notice.