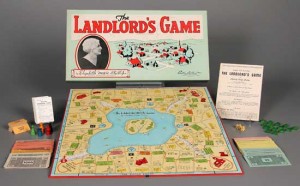 In its April 2016 issue brief, the President’s Council of Economic Advisors stressed the decline in competition in numerous sectors of the US economy. Given the high level of corporate profits as a share of GDP, one would expect more investment in a highly competitive environment.  Since this is not happening, the brief submits that monopoly power in big business is one of the causes of weak business investment.  Henry George spoke vehemently against monopolies in his book Social Problems. George considered them to be entities that inhibit innovation and encourage resultant high prices.

While George’s focus was mainly on land monopoly, which he likened to “the robber that takes all that is left”, he was acutely aware of additional pockets of potential monopolies.  He predicted that these would grow as technological progress improved and society advanced.

George’s times are very different from 21st Century America in many aspects.  However, there is an interesting parallel between what he saw as the cause of poverty in the midst of progress, and what the CEA sees today as one of the main hurdles that is holding back the US economy.  In the CEA’s view, government can and should take numerous steps to address the concentration problem.  This is yet another vindication of the author of Progress and Poverty.  To read the entire brief, please click here.