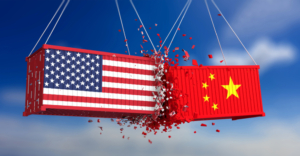 The Effects of the U.S. – China Trade War on the Ford Motor Company

In the global economic landscape the trade war generated and amplified concerns of slowing growth amid other disruptive events such as Brexit, increased interest rates by the Federal Reserve, and doubts that the bull market would last much longer. The controversial trade war was implemented as a way to advance the Trump administration’s “America First” agenda, but the conflict benefited only a small portion of America, while raising prices for nearly all consumers and depressing economic outlooks.

Contribute to the Impact of Henry George

Henry George’s importance and influence continue to this day. In fact, his relevance in the global economic climate may never be more pertinent—or necessary. The school encourages scholarly contributions that continue to spread Henry George’s message. We are eager to review and feature papers from scholars from all backgrounds, particularly if you are acquainted with the mission and purpose of the Henry George School. We welcome submissions such as newsletters, articles, papers, book chapters and other materials that advance the Georgist argument for economic and social justice throughout the world.  For a full list of articles please view our ARTICLES ARCHIVE.

Email Us With an Article Proposal

Stay caught up on our New Voices! Subscribe now and receive email updates of every new post.